Triathletes spend hours every week improving their run, swim and bike splits. One area of the race many of them don’t think about is the transition. However, the clock is still running when they transition between each section of the race. If they take too long to locate their bike or change into their swimming gear, they may not finish the race as quickly as they had hoped. Triathlete coaches share some tips for a faster transition in the triathlon:

Make Your Bike Hard to Miss

One thing many triathletes struggle with is finding their bike during the transition. With row after row of bikes, it can certainly be difficult to locate your bike in a timely manner. That’s why it’s a good idea to make your bike stand out from all the rest. For example, you could tie a balloon around your bike or put a bright towel over it. It might look a little silly at first, but at least you will be able to find your bike more quickly and get on with the race.

Run With Your Bike

The distance from the bike rack to the mount line can be quite far. Because you won’t be allowed to ride your bike until you’re out of the transition area, try running with it. This will get you out of the area a lot faster. Run on the left side of your bike, hold the seat with your hand and maintain proper form. Try to practice running with your bike a couple of times a week in an empty school parking lot.

While removing a wetsuit might sound simple enough, it can actually be trickier than you think. If you’ve never removed a wetsuit before, you may struggle to take it off during the race and slow yourself down. Practice removing your wetsuit several different times before the race until you can take it off quickly enough.

Show Up Early to the Race

The last thing you want to do is show up to the race five minutes before it begins. It’s likely that the bike racks will be almost full by then and you’ll struggle to find a decent spot for your bike. You also won’t have enough time to get a feel of the are if you arrive late. Try to arrive to the race at least an hour early.

The idea of not wearing socks during the triathlon may seem crazy, but it can actually be helpful. You won’t waste any extra time putting on those socks after you get done with the swim. It’s a wise idea to practice running without socks a few times at home to get used to it.

If you follow these tips, you can transition a lot faster in the triathlon. If you are looking for a coach to help you train for the triathlon, contact the best triathlon trainers in Virginia.

Thanks to Team Z for their insight into triathlon training and tips for a faster transition.

Hair loss can be incredibly upsetting, especially if you’re a young man or woman in… 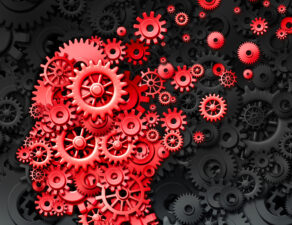 When in the market for a good therapist, it is important to do your research….

The goal of a therapist or counselor is to provide the couple guidance, clarity and…

The staff at Palatine, IL counseling office of Lotus Wellness Center knows that being in…

When you consider counseling in Schaumburg, IL you may be wondering if you really need…