Seeing a Trauma Therapist After a Sexual Assault 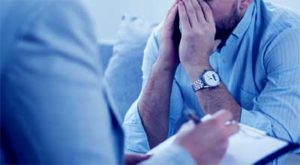 Sexual assault is a form of sexual violence in which there is non-consensual sexual contact with another person; when this happens, you should seek the help of a trusted Palatine, Illinois trauma therapist. Sexual assault can also include groping, attempted rape, or any sexual touching that is not wanted. Studies have shown that sexual assault is never just for sex but instead for the perpetrator to try and gain a sense of power over their victims.

Receiving help immediately after a sexual assault is shown as invaluable and can even save lives. If you were sexually assaulted in the past and did not seek treatment, therapy is found to still be extremely helpful. There are therapists in Palatine, IL which specialize in handling the trauma caused by sexual assault. At the Lotus Wellness Center, our trauma therapists have helped many victims reclaim their lives back after suffering such a horrific experience.

After someone is sexually assaulted, the victim believes their bodies are no longer their own. Victims feel terror, depression, shame, and guilt. Many victims often blame themselves for letting someone sexually assault them. Victims of sexual assault often face a variety of mental health challenges including:

Anxiety: Sexual assault survivors often feel anxiety that they will be attacked again. Some develop agoraphobia and are unable to leave their houses. Other survivors may develop panic attacks and seeing someone who looked like the person that attacked them could set off symptoms of physical anxiety.

Depression: Being attacked and feeling as though your body is no longer yours is something that is difficult to handle. Oftentimes survivors feel hopeless and despondent. By having these feelings, it can often lead to depression that can range from mild to debilitating.

When Toxic Shame Teams Up with Anxiety and Depression

Depression and anxiety are hard to live with. Sadly, depression and anxiety are often accompanied by a feeling of shame, especially after a sexual assault. It is no surprise that the primary emotion in depression is sadness. And, in anxiety, the main emotion is fear.  A Palatine, IL trauma therapist knows that many people with one of these disorders experience an overage and burden of both emotions.

People with major depression after sexual assault also experience anxiety symptoms, and the converse is true as well. People with anxiety experience significantly elevated symptoms of depressed mood. In these instances, feelings of fear and sadness may combine to produce a toxic mix of emotions.

Shame is a third emotion that is often present in both anxiety and depressive disorders. Shame is most often considered a “secondary” emotion, which is one that forms in reaction to another emotion. Shame can be one of the most negative and debilitating feelings people experience because it combines with other negative emotions. Individuals frequently feel ashamed of their negative emotions after a sexual assault in addition to fear, sadness, anger, and hate. Indeed, shame often serves to reinforce those feelings.

Sometimes shame is confused with guilt. However, there’s a significant difference. Guilt generally arises from a negative assessment of your behavior. Shame, on the other hand, results from a negative assessment of yourself. Guilt is a feeling of doing wrong, while shame is a feeling of being wrong. Guilt can be a potent motivator to change your behavior for the better.  But shame can have the opposite effect. It can make a person feel that change is hopeless because the problem is with a defect on yourself. That is why shame such a toxic emotion.

Anyone who has struggled with anxiety and depression has likely struggled with shame as well.  Shame is the emotion that causes a depressed person to feel too worthless to get out of bed. Or, it makes an anxious person avoid social gatherings for fear of drawing attention to their perceived shortcomings. Feelings of anxiety and depression are also tied to the role of the environment and your own internal patterning in these disorders. However, recognizing the role that shame plays in depression, anxiety, and other mental health or mood disorders can be a critical step to restoring hope for recovery.

In its milder forms of shyness and humility, shame is not always a harmful emotion. However, toxic shame shatters self-esteem and fuels negativity in depression and anxiety. Most people engage in negative self-talk from time to time. Yet, people with anxiety and depression tend to do it more frequently and often with debilitating effects.

Indeed, toxic shame can be an intensely destructive and debilitating emotion, especially if you experience anxiety, depression, or other emotional disorders stemming from sexual assault. A trauma therapist in Palatine, Illinois knows that cognitive-based therapies used in combination with other practices, such as mindfulness and self-care techniques, can help restore balance and calm to your life.

After someone experiences sexual assault, they believe their life will never go back to normal. However, recovery is possible. Seeing a Palatine, IL trauma therapist who specializes in sexual trauma and the effects will be able to help aid in recovery. There have been different approaches to effectively help in the recovery after a sexual assault:

Exposure Therapy: This type of therapy is beneficial after a sexual assault resulting in one specific fear. For instance, if a woman is terrified to wear the same type of outfit she had on when she was attacked for fear that she will be attacked again.

Cognitive Behavioral Therapy (CBT): This type of therapy can help sexual assault survivors appropriately adjust to a situation. For example, if a woman is assaulted by her date, she may avoid meeting new people and dating altogether. CBT can help her work through her fears and help to develop healthy friendships and relationships.

Ultimately, speaking with a therapist from the Lotus Wellness Center who understands sexual trauma can help after sexual assault. Your trauma therapist Palatine, IL patients trust will be able to find the correct treatment plan and work through your fears and traumas that stem from your assault.

How a Trauma Therapist in Palatine, IL from the Lotus Wellness Center Helps With PTSD

One of the most common forms of mental illness is post-traumatic stress disorder (PTSD). PTSD is classified as an anxiety disorder where the person who suffers from the condition develops uncommon responses in order to help them emotionally deal with a traumatic event. For some sufferers of PTSD, their inability to cope with the trauma is so severe that they become extremely sensitive to normal experiences.

Each sufferer of PTSD experiences their own triggers for the spike in anxiety they feel and, for many, those triggers can be simple, every day factors. There are ways that PTSD sufferers can use to help minimize the impact of the condition, including understanding their condition, understanding and recognizing their triggers, and knowing how to cope with their anxiety.

If you or a loved one suffers from PTSD, working with a Palatine, IL trauma therapist can help minimize the effect the condition has on your life. The following are some suggestions from the team at the Lotus Wellness Center. To learn more, call our office today.

In order to be successful in working through PTSD, it is important to fully understand what the condition is. Many who suffer from it don’t fully comprehend what is happening to them and that can actually cause anxiety to increase. Understanding what the disorder is, what the symptoms are, and understanding why your triggers cause the symptoms to kick in can help you gain control of your life again.

Some of the most common symptoms include the following:

One of the worst things a PTSD sufferer can do is not talk to people about what they are going through. It is important to talk about your experience with family, friends, and other people who have gone through what you have gone through. It is not uncommon for someone who has PTSD to feel detached from everyone else, making it hard to share what you are dealing with. However, the more you talk about it, the less likely the trauma symptoms will increase.

Relaxation techniques can help ease the emotional and physical effects that PTSD sufferers have. There are breathing exercises and muscle relaxation techniques that work. Even just getting out and spending time in the fresh air can help. Activities such as mediation, music, stretching, swimming, walking, and yoga are also helpful. It is also important to make sure you are eating healthy, exercising, and getting plenty of sleep.

For more information on how a Palatine, Illinois trauma therapist can help you, contact the Lotus Wellness Center today!

“Liana and Leo are the greatest! The best counselor and chiropractor I have been to in 30 years. Took me a lot of money and years to find the best!”
Ellen B.